A frequent topic in news stories is the American Social Security system, and the headlines continue to spread fear of Social Security running out of money. So, is this true or simply a headline designed to grab your attention and make you tune in? Millions of retirees depend on Social Security benefits as their primary source of income. If the system runs out of money, many of those retirees would be left in a dire financial situation. Thankfully, the circumstances are not as dire as the headlines might lead you to believe. However, some changes might have to be made in the coming years to either funding or benefit payments. Keep reading to get all the details on the future of Social Security.

Will Social Security Run Out?

The short answer is no, Social Security will not totally run out of money and go bankrupt. But to fully understand the issues facing Social Security, you must first have a basic understanding of how Social Security works. As most everyone knows, workers are required to pay a 6.2% payroll tax to fund Social Security. Employers also pay this same amount, so self-employed individuals pay the full 12.4% tax. The proceeds from these taxes are placed into the Social Security Trust Funds which are used to fund the benefits paid from the system.

With the large number of baby boomers reaching retirement age and Americans living longer, the taxes collected from current workers is not enough to continue funding the system as it has in the past. With its current obligations, Social Security has enough money to continue payments as-is until about 2035. At that point, it would only have enough revenue to pay about 79% of its promised benefits. While Social Security will technically not run completely out of money, it cannot continue to operate in its current format much longer. So, Congress either needs to look for alternative funding methods or changes to benefit payments. 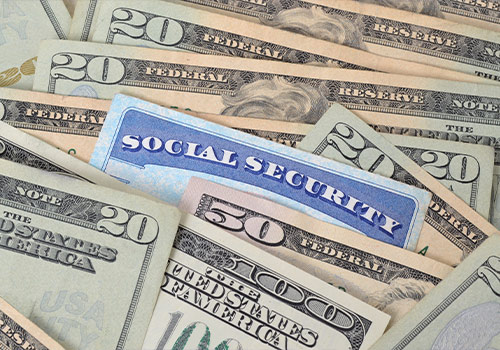 We have briefly touched already on how Social Security works, but now we will take a deeper look at how the trust funds work. The Social Security trust funds work much the same way that a traditional, personal trust fund would work. Money is deposited into the fund, and the fund is managed by a trustee. The money in the fund is invested so that it draws interest. Ideally, you can live off the interest and never touch the base amount of the fund.

Once Congress begins drawing down the base amount in the trust fund, the interest earned on the fund will become lower and lower. This will result in an even larger shortfall each year, so the trust fund will be depleted even quicker. This is why the Federal government is examining ways to restructure the Social Security system to keep it going for years to come.

What Does The Future Of Social Security Look Like? 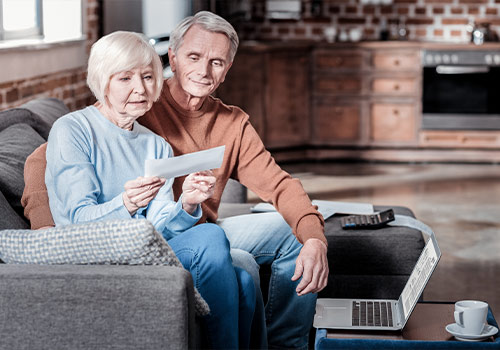 No one is certain what the future of Social Security looks like, although there are a few things that are certain. With its current revenue and obligations, Social Security has enough money to continue running as-is until approximately 2035. Past that, the program would only have enough money for around 79% of its obligations. This is due to a few factors, but mainly because there are more people receiving retirement benefits than workers to fund them.

Birth rates in recent years have declined which means that fewer people will be in the workforce. In addition, the Coronavirus pandemic caused the loss of millions of jobs. That led to substantially lower than normal tax revenue. Cost-of-living adjustments have also increased the amount that Social Security pays out in benefits thereby creating a larger deficit. Lastly, life expectancy in the United States continues to increase, so Social Security must pay benefits to retirees for a longer period of time.

Given the information above, it is evident that some changes will be required. We will discuss what those changes might look like later in this article. Just know that it is extremely important to plan for your own retirement and stay informed on what your Social Security payments might look like when you reach full retirement age. Being educated and informed about the situation is a great first step to staying financially stable in your retirement.

Getting An Early Head Start On Securing Your Retirement 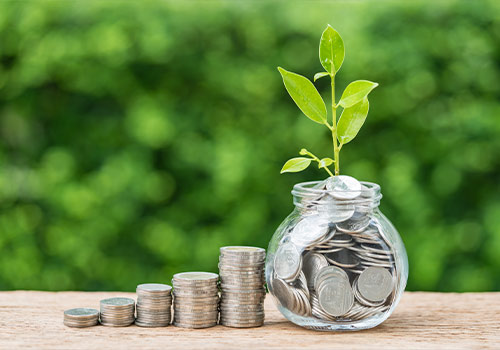 With Social Security cuts likely in the near future, how can you best plan for your retirement to make sure that you have enough money to live? You should start early and save as much as possible on your own. In fact, many Americans do not even believe that they will receive any money from Social Security when they retire, so you should be in a position to survive from your own savings and investments when you reach retirement age.

If your company offers a match on your 401(k) savings, you should be contributing the maximum amount that your employer will match. This amount should be your minimum contribution! The money that you place into your 401(k) is not taxable, so it will also help save you some money on your tax bill with the IRS in your younger years. In addition, you should consider both traditional and Roth IRA’s.

There are some distinct differences between Traditional and Roth IRA’s, so you should always consult a tax professional to decide what is best for your personal situation. The biggest difference between the two is that traditional IRA’s are funded with pre-tax dollars and Roth IRA’s are funded with after-tax dollars. This means that you will pay income tax on a Traditional IRA when you withdraw the money, but you will not pay additional tax on the Roth earnings at withdrawal. There are also contribution limits based on your current income, so you might not be able to contribute as much as you would like to your Roth account.

The main point is that whatever savings or investment strategy you decide is up to you; however, you should have a plan and be working toward your goal. Start saving as early as you can – even as soon as you get your first job. The sooner you start saving for your retirement plan, the easier it will be for you to hit your goal and survive without relying on Social Security. Retirement planning might sound complicated, but it does not have to be extremely complex. Again, you can always consult with a financial planner to help you make sure you will have enough retirement income when that time approaches. Many ideas have been suggested for how to fix Social Security. Lawmakers have been slow to act because many feel that whatever solution they choose will not sit well with voters. In addition to retirement benefits, many feel that they should act on changes to Medicare as well to revamp the way that retiree healthcare is handled. That is a separate topic, so we will focus on Social Security retirement benefits here.

One of the most obvious suggestions to fix Social Security is to increase the FICA payroll tax rate. This would create more income for the program to use to pay benefits, but most people are not a fan of tax increases. Another possible solution is to increase the full retirement age for eligibility or implement benefit cuts that decrease the amount of full benefits. Both of these solutions would decrease Social Security’s liabilities, but most people are not fans of these possibilities either. Obviously, cutting Social Security is not a popular topic. Even though Social Security solvency should not be an issue for many years, Washington D.C. will need to act quickly to avoid a sudden drop-off in benefits in about 15 years.

Though Social Security should never go fully bankrupt as long as people continue working and paying taxes, the program will need some changes going forward. While it might require more taxes or lower benefits, Congress will need to address the situation sooner than later. The best thing you can do to plan for these changes is to increase your own personal savings and not rely on Social Security for your retirement income.

What will happen to Social Security in 2035?

If no other changes are made, Social Security will not have enough money to pay all benefits in 2035. While Social Security will still be solvent, it will only have enough money to pay about 79% of its obligations, so recipients might be forced to take a cut in their monthly income. At this point, all the base amount in the trust funds will have been depleted due to the deficit in revenue and payments over the last several years.

How much does the government spend on Social Security?

Social Security is the largest item in the Federal budget. The government spent approximately $1 trillion on Social Security in 2019, and that number typically increases every year. It accounts for roughly one quarter of the budget for the entire Federal government.

Is Social Security a Ponzi scheme?

Social Security is not a Ponzi scheme. In a Ponzi scheme, new investors are needed to pay returns to current investors. Each time a payment is made, the number of new investors must double because there are twice as many existing investors to pay. Social Security is a pay-as-you-go system. Today’s workers are paying benefits for today’s retirees, and the next generation of workers will pay benefits for the next generation of retirees. As long as people continue to work, the system will continue to operate. Some also wonder whether Social Security is socialism, but that is a separate discussion.

What will happen to Social Security benefits if the program runs out of money?